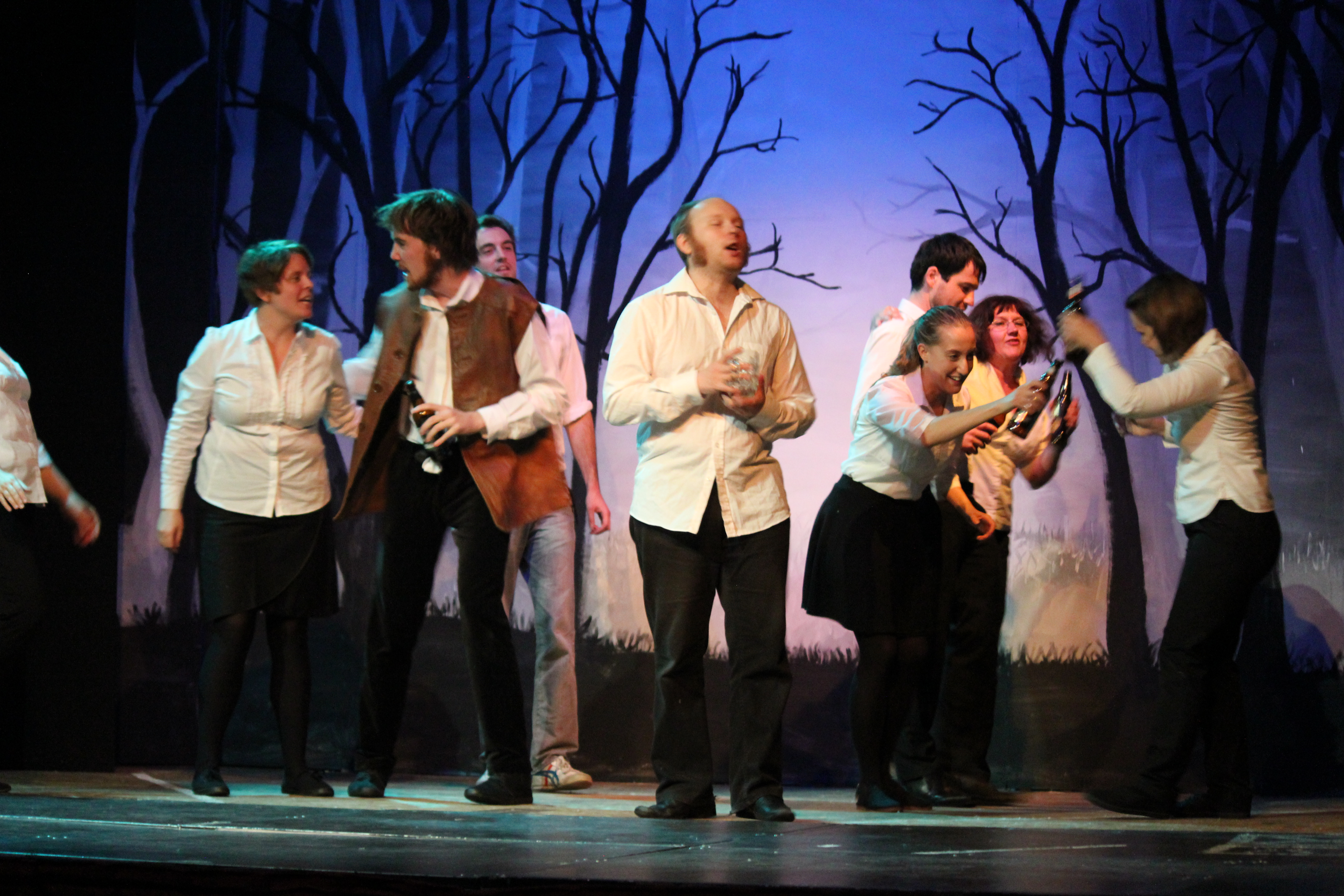 I thought I would volunteer to take part in Under Milk Wood without ever having set foot on a stage in my life, and because a friend said it would be fun. And it was – the greatest fun and a good excuse to act like a big kid at the end of a hard working week! I had the best time! It was fascinating seeing production coming together, formed and shaped bit by bit – I don’t think I really appreciated the work and time that went into producing a play. At the beginning I would shake saying two lines in front of the other guys in the pub, but fortunately this gradually improved over the weeks. As the date of the production got nearer it was scary to think about going onto that stage – like jumping from a plane! However, with massive support from the director and other cast members, on the actual day I felt as comfortable walking on under the lights as in my own living room – thanks to massive support from the director and fellow cast members and felt brilliant that it all went so well! I am so proud to have risen to this challenge! I feel quite bereft that it is all over and want to do it all over again!