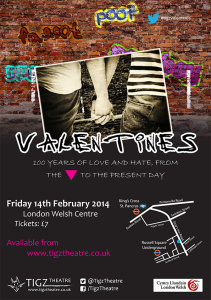 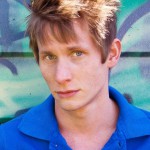 If you’ve braved any horror mazes in or around London then chances are you’ve come face to face with Chris already!  This Essex boy now living and working as an actor in London, fills spare time painting canvasses and theatrical sets. (Including the last one seen at the London Welsh Centre!)

2014 has so far seen Chris play a bizarre assortment of roles such as a nutty German professor, Edgar the serial killer and an unloved French mime. But Chris isn’t just all play and no work! He’s currently training for Tough Mudder in an attempt to raise £1,000 for the Merlin’s Magic Wand charity for seriously ill and disabled children. 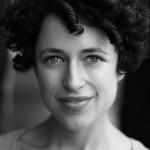 Harriet has just graduated from the one year acting course at The Oxford School of Drama. Harriet is a physical performer, who excels at improvisation and writes her own material.  She has just finished filming a devised piece set on a tube platform! 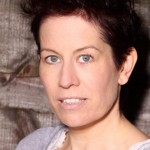 Annika started acting in 2012, after attending a course at Central St Martins by chance. Since then she has finished a year-long Meisner class and participated in several theatre and film productions.  She is looking forward to an exciting and eventful time ahead with further projects in the pipeline. 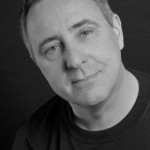 Barry has been interested in acting ever since discovering Diana Rigg as Emma Peel in “The Avengers”.
One of his ambitions was to appear in a Ken Russell film, which was on the cusp of happening when Ken up and died.  Even though acting was his lifes blood since being a teenager, Barry worked as a travel agent and then around the world for 13 years until he landed in London 20 years ago. 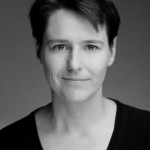 Michelle has been a starving artist for over 20 years, and now has a proper job at the council! However, She loves acting and performing and she will never give it up!
A few years ago she trained in “Playback Theatre”, this is improvised performance based on audience stories.  She is an active member of Queer Playback Theatre.
I’m a keen cyclist, and borderline obsessed with the singer Morrissey. 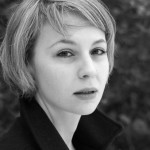 Angelica is an Austrian actress.  She moved to London eleven years ago, and is fluent in English and German.  Angelica has been training with acting teacher Sam Rumbelow since 2009, and is currently studying Arts and Humanities at Birkbeck College London. 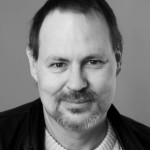 Professional actor for over twenty years, with a passion for all forms of theatre.  In the past has been a Nurse, Bouncer in a Strip Club, Exam Adjudicator and one of the best “Father Christmas’” in the business. 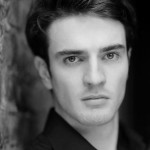 Patrick graduated from Durham University with an English lit degree in 2009. He then studied at drama centre London, graduating in 2011. Since then he has appeared in several short films, plays documentaries and music videos. In 2013 he took a one man show to Glasgow which transferred to the Tabernacle in Notting Hill gate. He can be seen at ‘Descent’ next week Richmix, and has a few up and coming productions including playing Lysander in ‘A Midsummer Night’s Dream’ on tour. 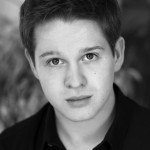 Sion Emyr is a young welsh actor who is finding his feet in the industry after moving to London to study. Sion is a Mountview academy of theatre arts graduate (BA Hons Acting). After graduating he has been involved in a number of projects A theatre tour of A Midsummer Night’s Dream (Lysander) with shooting stars theatre company. A Romeo and Juliet film with Simply Shakespeare. Over the Christmas period he toured Wales with a welsh language Panto (Draw Dros y Don). After Valentines he will be returning to Wales to film a new TV series for S4C 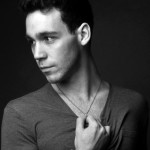 Henry discovered his love of acting at a very young age and spent most of his school career performing in various productions such as ‘Merchant of Venice’, ‘That Face’ and ‘Into The Woods’.  After leaving school he went to study English Literature at the University of Manchester where he explored acting on film as well as continuing in theatre.

He moved to London in November and is currently involved in two theatre productions one of which will be shown later this year.

Waiting for Godot  The Yerrow
The Queen must die   Edinbugh fringe
Into the woods  Stahl Theatre.